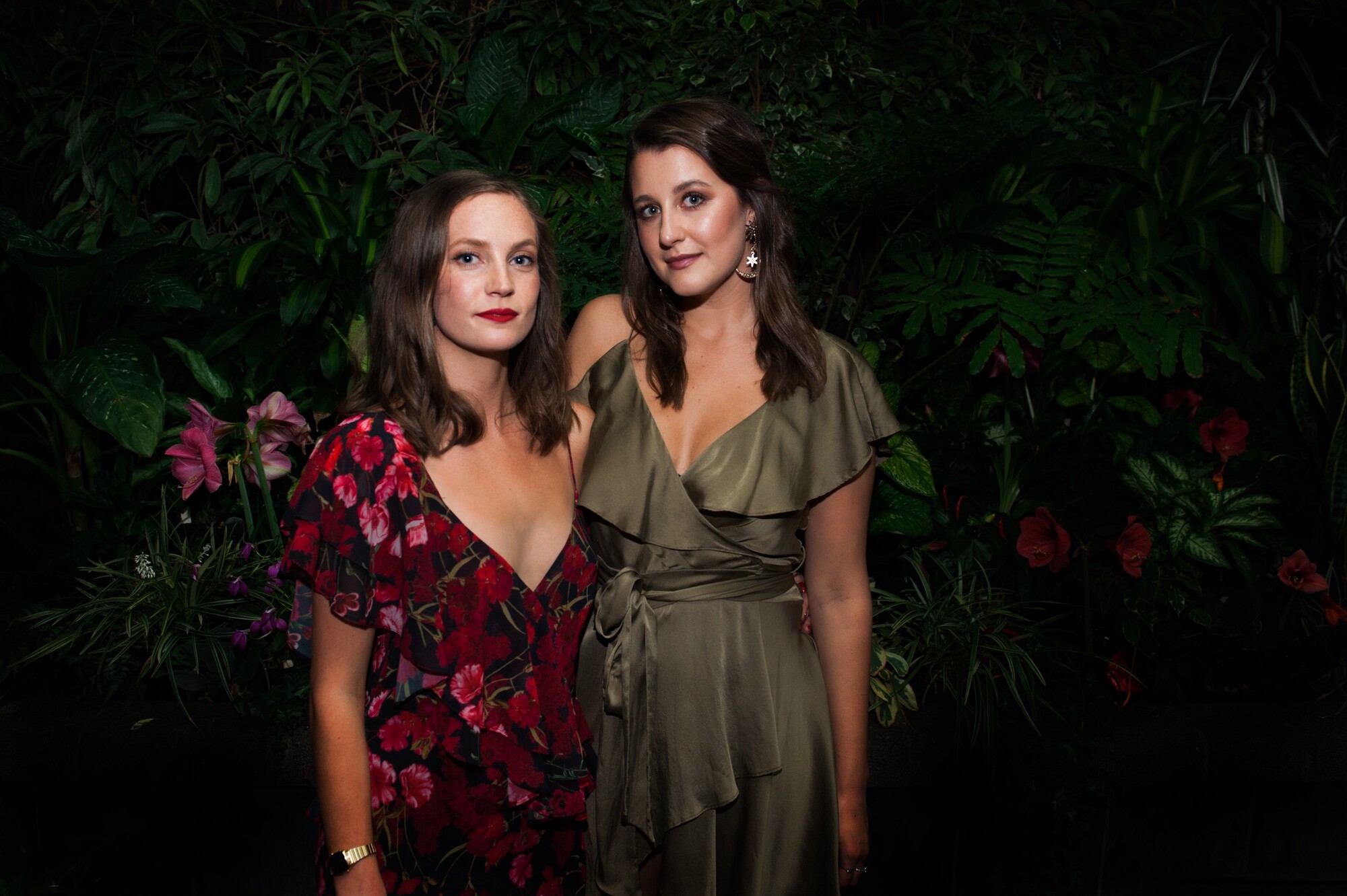 Bonnie and Hannah, both in their 20's, share a goal to help cure treatable blindness.

By Emily Edwards
Photography by Madeleine Smith and Darren James

Mascara is a staple in every girl’s make-up bag. It instantly freshens up your look and sorts out those tired eyes, but what if your mascara could do more? What if it could save sight?

Bonnie and Hannah, the duo behind New Zealand’s ethical make-up brand, Indigo & Iris, have managed to do just that.

Their first product, Levitate mascara, is vegan and organic, with 50% of the profits donated to The Fred Hollows Foundation NZ.

We caught up with them to find out more about the brand, how it all started and why they choose to support our work in the Pacific.

How it all started...

The idea was dreamt up by Bonnie after a visit to Vanuatu in 2014. On the trip, she met a young girl who’d dropped out of school to care for her mother, who had blindness caused by cataracts. Bonnie learnt that four out of five people across the Pacific who are blind don’t need to be and a sight-saving surgery can cost as little as $25.

After returning from Vanuatu, Bonnie was a backstage assistant at New Zealand Fashion Week. The contrasting experiences made Bonnie realise that she wanted to create positive change through the beauty industry.

“It was the two crazy-different experiences; at the time I was a vegan and I wished there was a cool, vegan make-up brand that existed and specifically they were doing cool stuff in the Pacific. It wasn’t until six months later I thought, I could give it a go myself.” - Bonnie

Bonnie decided to drop out of university to focus on Indigo and Iris. Meanwhile she met Hannah - at a Global Entrepreneurship Summit - who came on board as CEO. After years of research and planning, Bonnie and Hannah launched their first product - a vegan and cruelty free mascara - Levitate.

Bonnie and Hannah's passion is clear; they describe Indigo and Iris as more than just a beauty brand, but as an idea that stands for something. "We don't always do 'what's right', but we do what we feel in our heart is the right way forward." says Bonnie.

“We're here for so much more than mascara." - Hannah


Since launching their first product they have helped restore sight to hundreds of people across the Pacific.

“Every time we sell a mascara we’re helping someone gain their sight. We think it’s beautiful that you can look in the mirror, apply Levitate, and know you’re playing a small part in helping someone see.”

Why The Fred Hollows Foundation NZ?

Hannah and Bonnie have big plans for the future, they want to build a successful business that has a positive impact on the world, launching more products and supporting more organisations, but for now they're focused on mascara and The Fred Hollows Foundation NZ.

“The Fred Hollows Foundation NZ is an attractive charity for us to give money to, because they are truly great at what they do and have an amazing holistic approach - plus someone being able to see again makes our hearts soar every time. They are incredibly good at impact reporting, measuring and tracking their programme’s performance each year, showing exactly what impact the donations have had. They are increasing access to health care and changing not just the life of the person who gains their vision back, but their family and community, too.” Says Hannah.

In our view, Bonnie and Hannah are pioneers. They’re the living embodiment of Kiwi legend Fred Hollows. They are the ‘Freds of today’, determined to do the right thing. We’re immensely proud that Fred’s spirit lives on through these two young Kiwis.

We’re not asking you to set up a business but you can be a champion too, by simply donating $25 to restore one person's sight.

Bonnie and Hannah set up a business. What could you do? Visit our community fundraising page.