Like Fred, we're a practical bunch. We use evidence-based approaches in our programme, and we don’t shy away from doing something differently if it will get a better result. 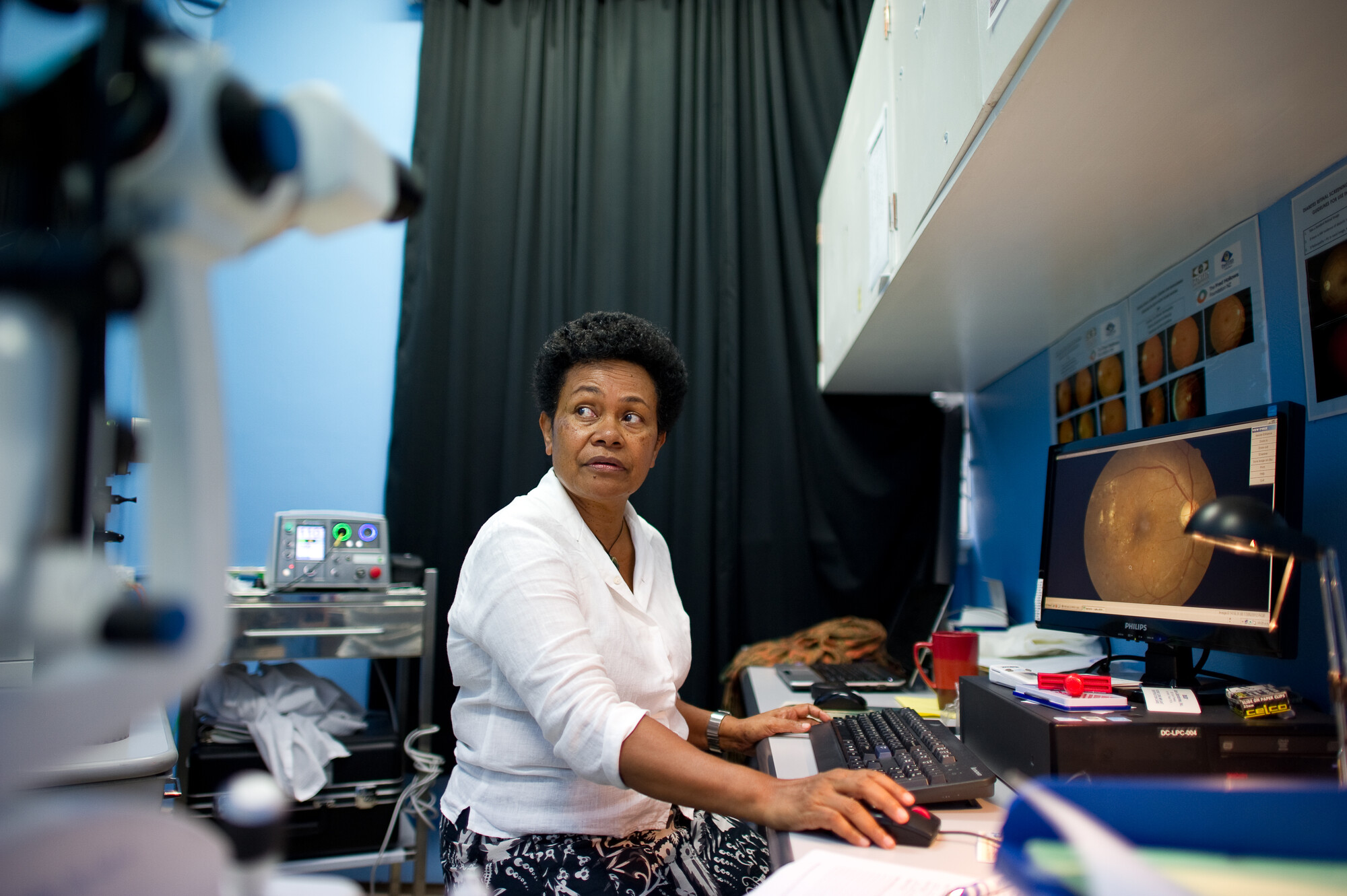 Fred Hollows was a prolific author of studies on eye disease, eye health services and Aboriginal health. Bearing Fred’s maxim “no survey without service” in mind, we continue to drive research to inform best practice eye care in the Pacific, translating research findings into tangible outcomes for people who are needlessly blind.

Read more about the latest research influencing our work.

Innovation is in our DNA

In the final years of Fred’s life, he worked tirelessly to open intraocular lens factories in Eritrea and Nepal. These lenses were vital for restoring sight to people with cataracts. If made in New Zealand or Australia they’d cost hundreds of dollars. But Fred knew if they were made locally they’d be much cheaper. And he was right.

One year after he passed away, two laboratories were opened in his name: one in Asmara and one in Kathmandu. The lenses cost as little as $5 each and are as vital today as they were in Fred’s time. To date, the laboratories have manufactured over four million lenses that are used locally and exported to more than 40 countries.

"To help someone to see was a tremendous feeling and with medical and technological advances, we have greatly increased the ability of eye doctors to give that help."
– Professor Fred Hollows

Innovation in the Pacific

The Pacific countries where we work all face significant challenges in delivering health care. These include low per capita spending on health; low ratios of doctors and nurses to population; poor health infrastructure; political instability; economic and environmental vulnerability; and geography that isolates much of the population from easy access to available health services. There is no simple turn-key solution to set up effective eye care systems in the Pacific.

Our approach to building clinics such as the Mobile Eye Clinic in Fiji and the Regional Eye Centre in Solomon Islands demonstrates our courage to think big, incorporate cutting-edge technology, and innovate while staying true to our goal of ending avoidable blindness in the Pacific.