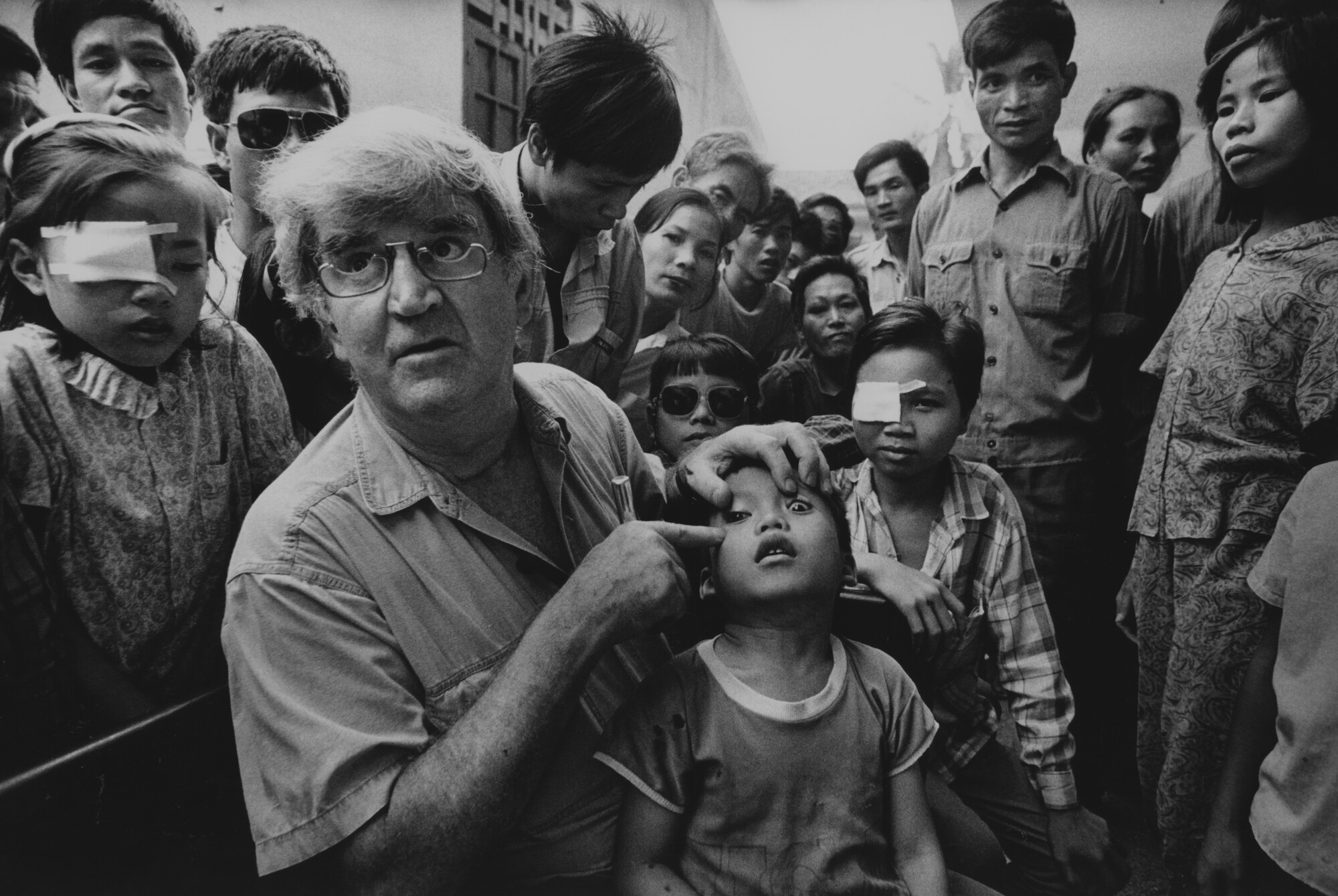 Kiwi eye surgeon Fred Hollows dedicated his life to restoring sight to the needlessly blind. He was determined to end avoidable blindness, as are we.

Fred Hollows restored sight to thousands of people around the world and trained countless eye doctors to do the same. He believed everyone, rich or poor, has the right to quality, affordable eye care. His work lives on today through The Fred Hollows Foundation.

The timeline of a Kiwi legend

"I believe the basic attribute of mankind is to look after each other."

Carrying on with Fred's work

The Fred Hollows Foundation now works in more than 25 countries and has restored sight to over two million people worldwide. This has been achieved with the overwhelming support of our donors. Like Fred, we’re deeply committed to ending avoidable blindness. Four out of five people who are blind don’t need to be, and while we’ve achieved so much, we still have a long way to go.

Fred wouldn’t have stopped until he put an end to avoidable blindness, and neither will we. We continue to train eye doctors and nurses, raise money for essential equipment and medical facilities, and perform eye surgeries just like the ones Fred himself performed over 30 years ago.

We're restoring sight and restoring lives. After their eye sight is saved patients are able to return to work or school and provide for their families. Fred believed that good eye care was the right of everybody and it’s with his ethos in mind that we won't hold back until we end avoidable blindness in the Pacific.

We hold a strong belief that one day soon this will be achieved.