In May The Foundation announced the $2.1 million upgrade and expansion of the Port Vila National Eye Centre in Vanuatu.

The upgraded eye centre, combined with the upcoming return of a Foundation-trained eye doctor, will help to eventually increase Vanuatu’s eye surgery capacity from 200 to 800 per annum, which will meet the country’s needs as estimated by the World Health Organization.

Moera Tuilaepa-Taylor of Radio NZ spoke to senior nurse, Annie Bong, about what types of eye issues the clinic deals with.

In 2016 we began training Dr Kasso who is expected to graduate in 2018. When he returns home he will become the nation's first eye doctor.

Here he celebrates the clearing of the site for the build of the clinic expansion. 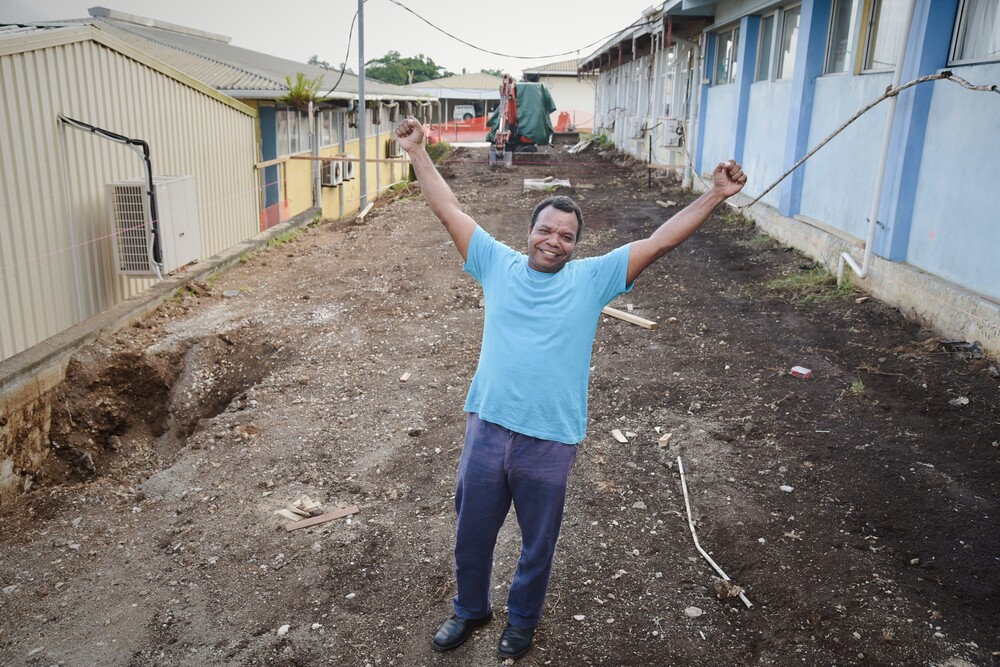 Despite heavy rains causing delays the foundations have been laid and all framing is now up.

All timber has been treated and brought in from New Zealand to ensure the highest possible standards and longevity of the building. 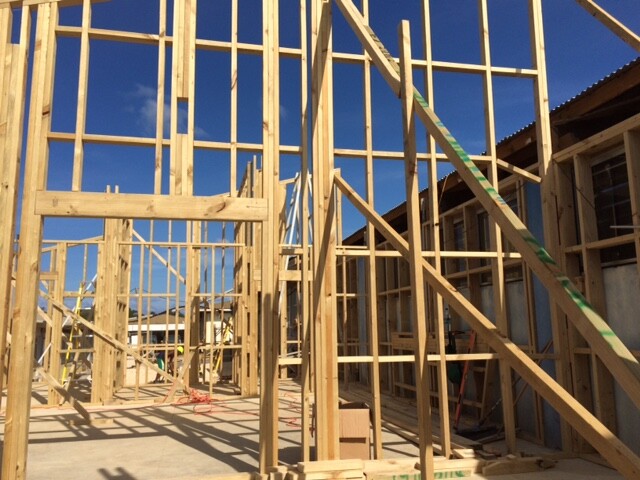 As you can see almost every viable inch of real estate has been used for the expansion.

The new theatre is now taking shape — the roof is on and exterior walls are ready for cladding. 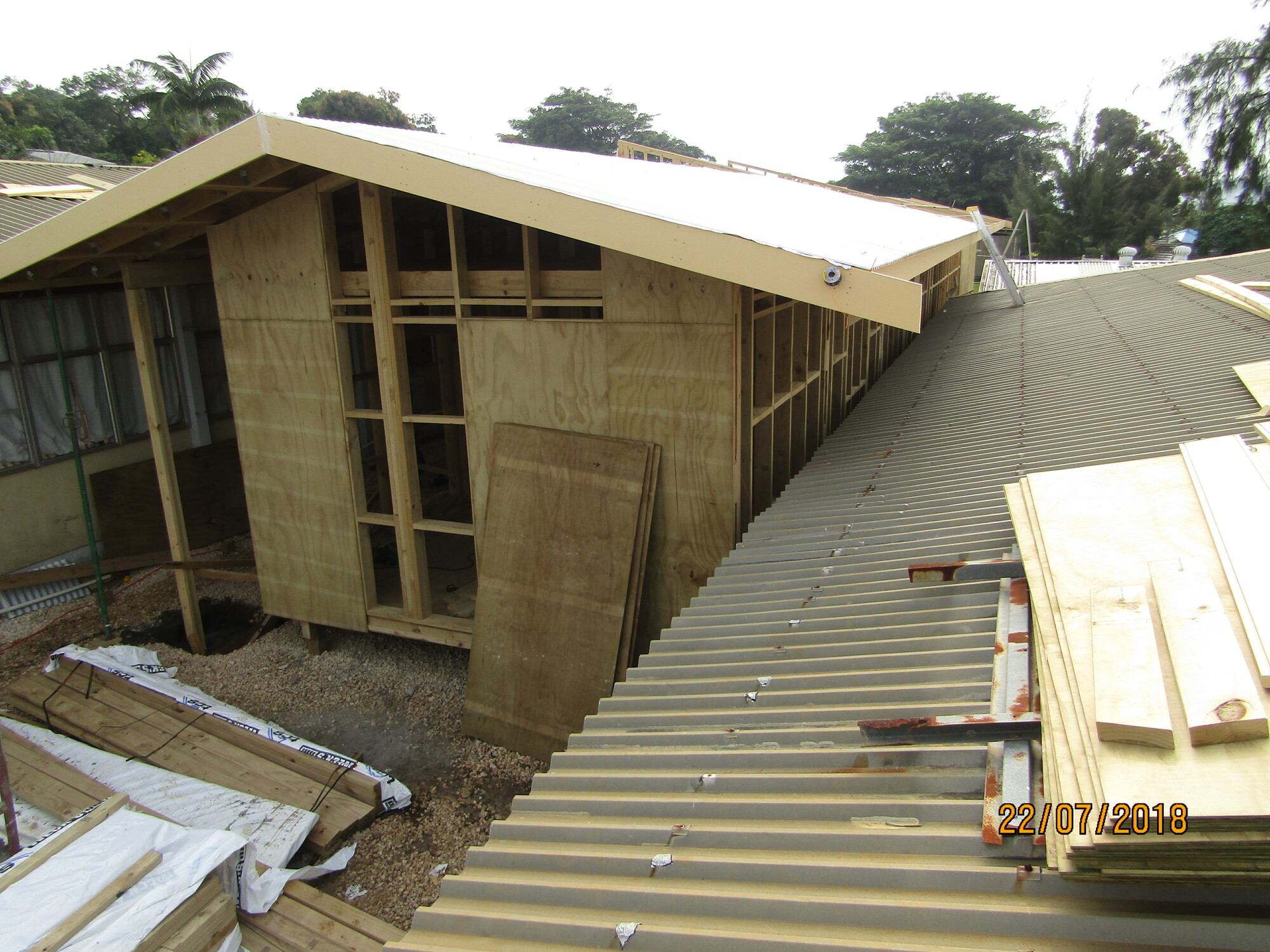 Progress has continued at a steady pace despite some weather related delays. The large air changer unit, part of the pressurised air-conditioning system for the theatre, was lifted by crane into the roof cavity allowing the team to complete the roof.

With the building now water-tight, the air-conditioning technicians and electricians have started the mechanical installation and wiring. Wall lining will follow internally and externally.

The location for the large water-tank and management of storm water have also now been agreed with hospital management. 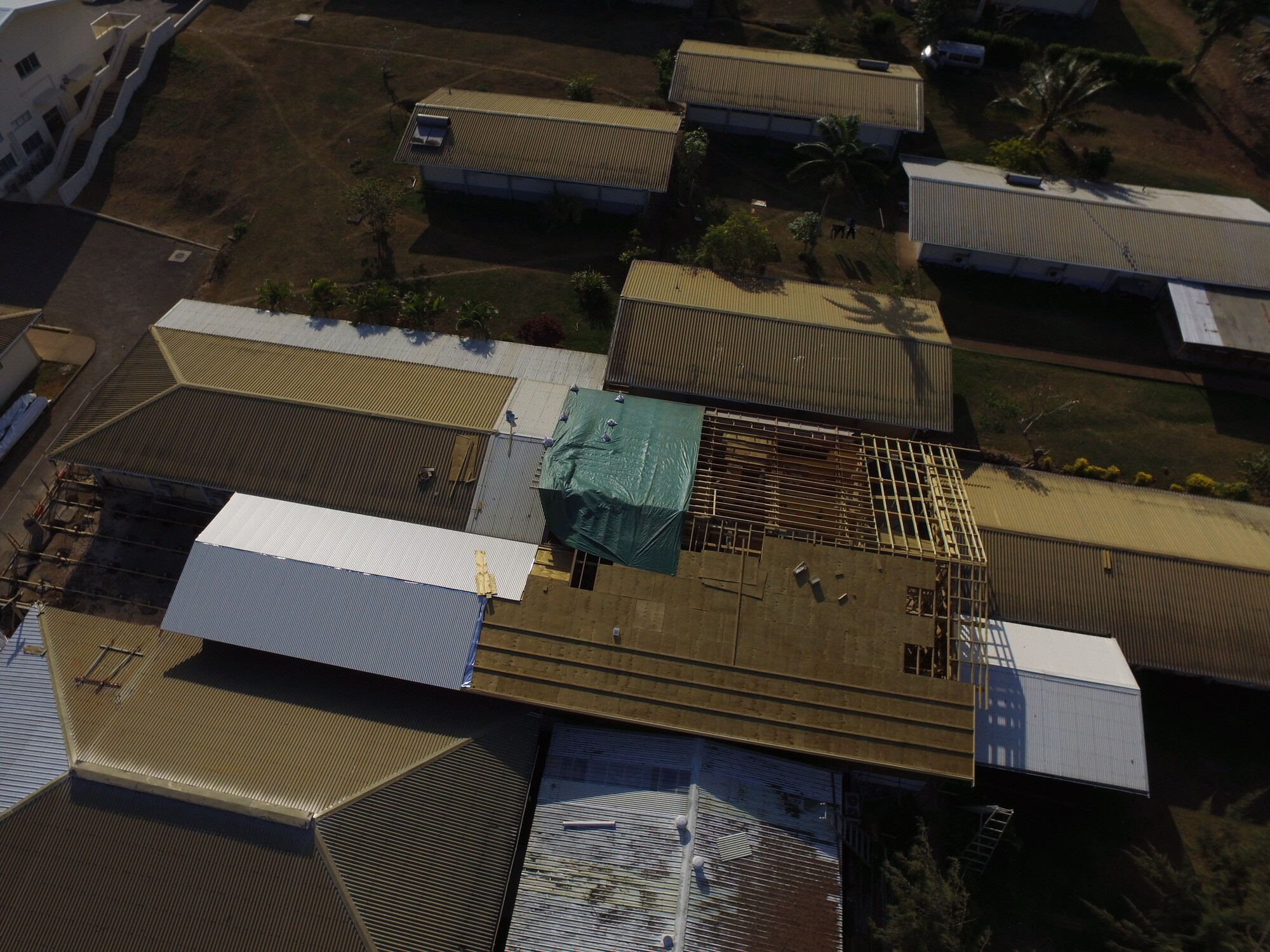 A full set of solar panels have now been installed on the completed roof. These panels will dramatically reduce the running costs of the clinic by providing free electricity and clean energy — significantly reducing the need to repair or replace equipment.

The final container of building materials and medical equipment has been packed ready for shipment.

Internally, the electric wiring and plastering have commenced. 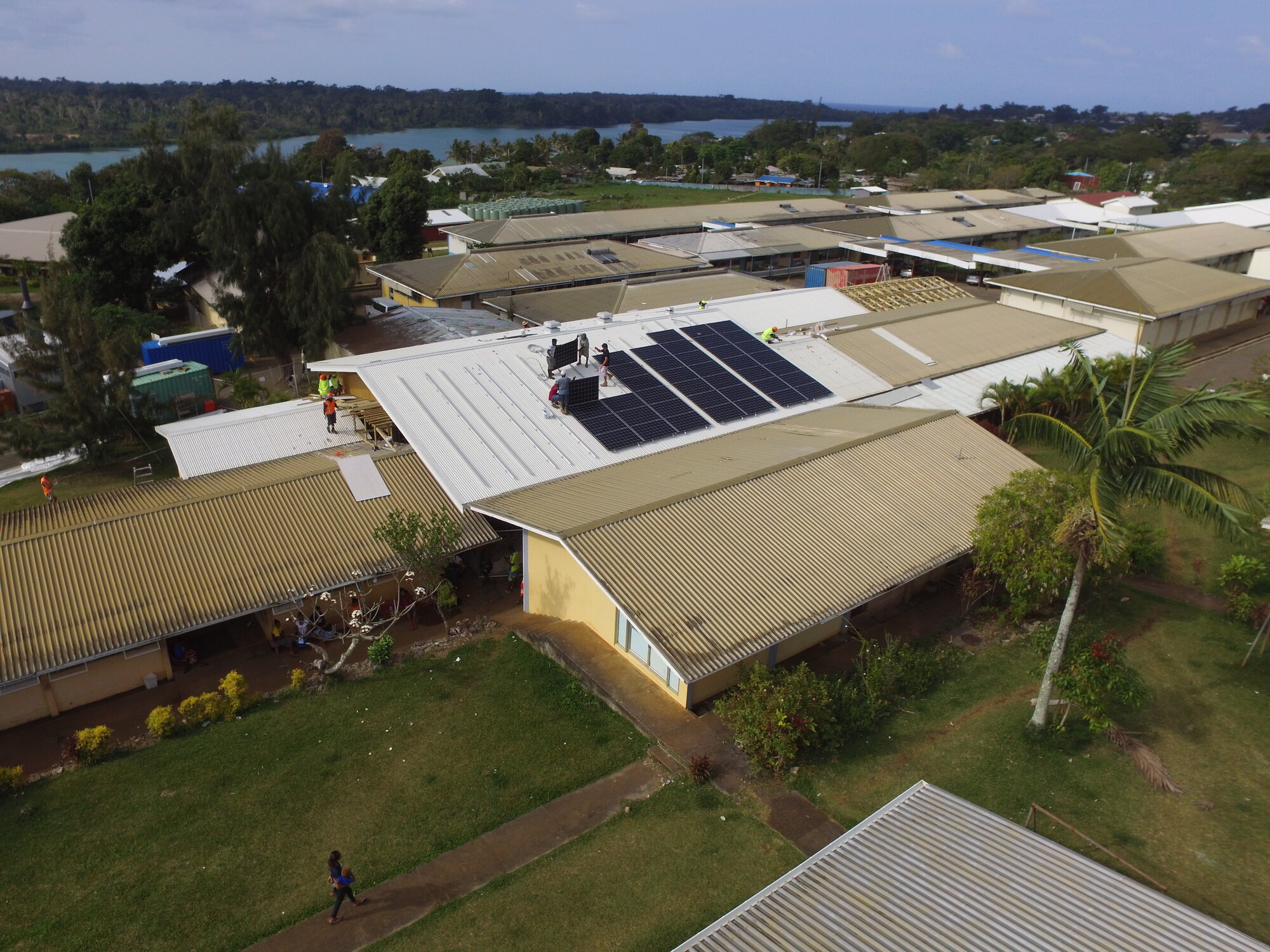 The exterior cladding of the clinic is now complete and the team have made great progress on the interior fit-out this month.

Decking is now being installed between the clinic and neighbouring buildings and the final shipment of building materials is on its way from New Zealand. 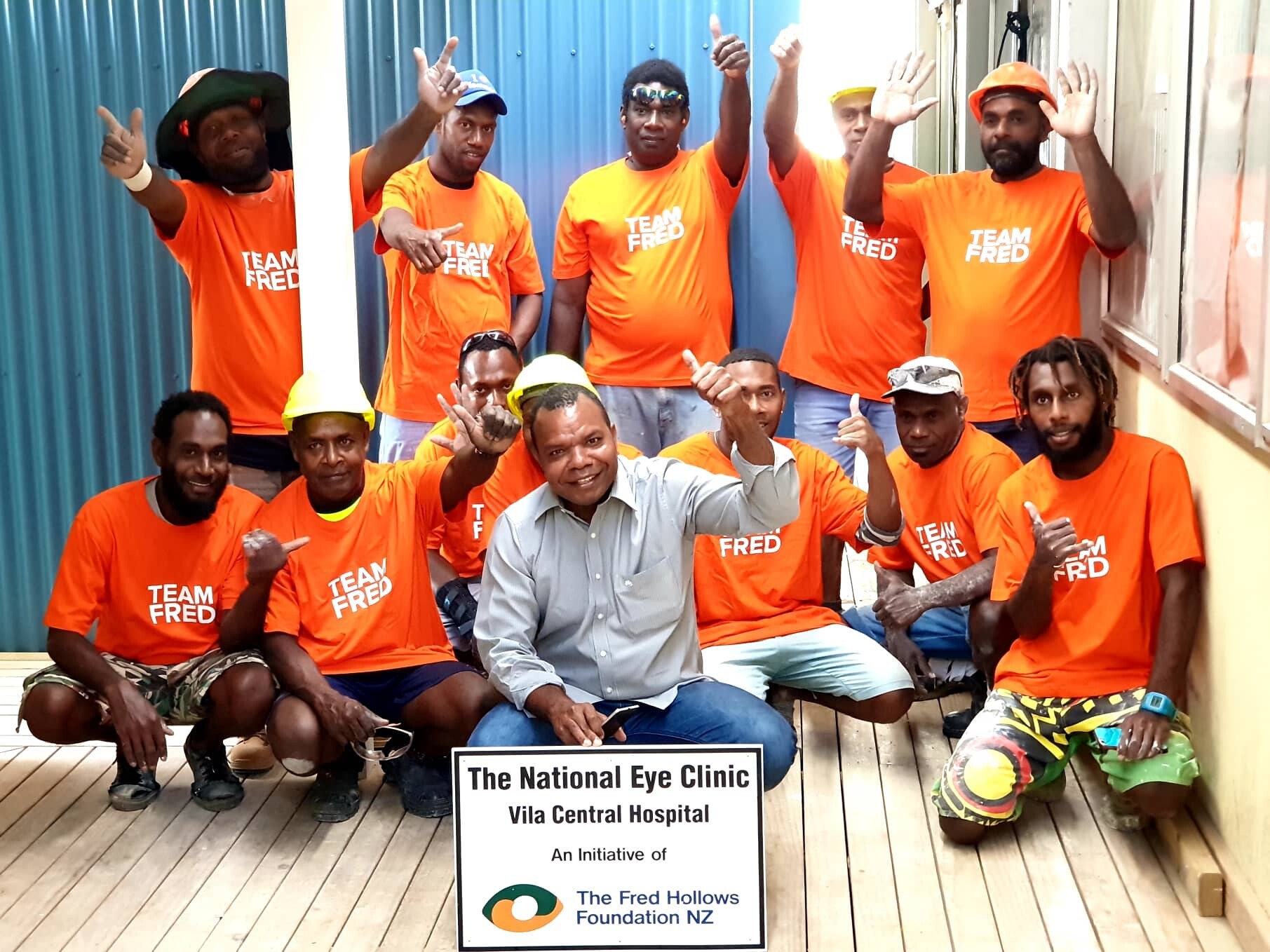 The progress of the build is running to both to time and budget. In just two weeks, our medical team will take control of the building in readiness for the official opening in February.