How a WWII combat injury changed the way we see

Each year on April 25, Australia and New Zealand commemorate all those killed in the war and also honours returned servicemen and women.

While both wars had a dreadful impact on millions of lives across the globe, they also produced a new technology that is now the reason so many people can see today - all thanks to Sir Harold Ridley, an ophthalmologist working at St Thomas’ Hospital in London.

During World War II, Ridley, who was at the time operating on wounded pilots, made an important discovery when observing eye injuries - when splinters of shattered acrylic from aircraft cockpit canopies became lodged in his patients’ eyes, this didn’t trigger the same rejection as glass splinters.

This interesting medical observation led to Ridley experimenting with the use of artificial lenses made of Perspex, in the eye, to treat cataract. This technology was the first step in developing the intraocular lens (IOL). 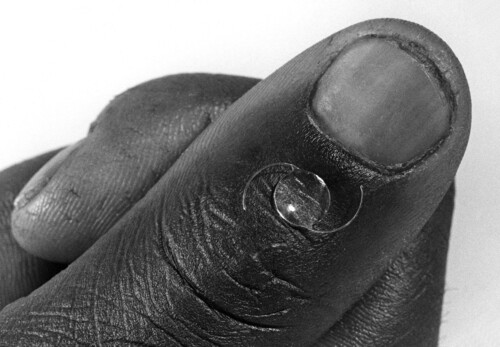 It wasn’t until a year and a half after the war that he successfully achieved the first permanent implant of an IOL in the eye. Ridley completely pioneered the way we understand cataracts and operate on the human eye. He continued to refine the techniques he developed into the mid-twentieth century.

Cataract extraction surgery with intraocular lens implantation is now the most common type of eye surgery.

What makes this story even more extraordinary is that in the 1990s, Ridley himself underwent a successful IOL implantation in both eyes, benefitting from his own invention and the operational procedure he had pioneered.

Today, 253 million people are visually impaired. As of 2015, nearly 26% of the world’s visual impairment is caused by cataract. But imagine what that number might be today if Ridley had never discovered, experimented and developed the intraocular lens.

At The Fred Hollows Foundation, the IOL is so important to our work that we use it in our logo. It was once one of the biggest costs involved in sight-restoring cataract surgery and Fred Hollows once called IOLs "the most expensive pieces of plastic in the world". 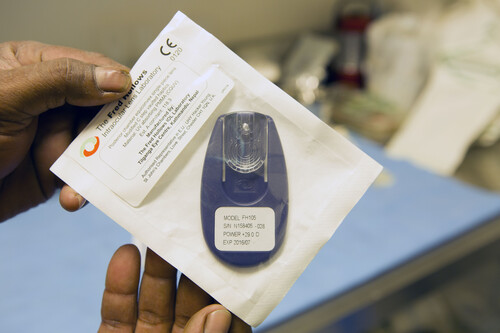 Since Fred’s passing, the cost of the intraocular lens has significantly reduced, and this has made cataract surgery more affordable in many parts of the world. He began by lobbying the multi-national manufacturers of IOLs, the tiny but hugely expensive plastic lens used in cataract surgery.

They refused to drop their prices. But Fred wasn’t going to let a bunch of suits get in his way. Before long he was raising money to build the IOL factories himself. One in Eritrea and one in Nepal. His dream was to lower the cost of an IOL to less than $10.

He died in 1993 just over a year before the Eritrean factory opened. Today, thanks to Fred, an IOL costs just $5. A few months before his death, he and his wife Gabi set up The Fred Hollows Foundation to carry on his work.